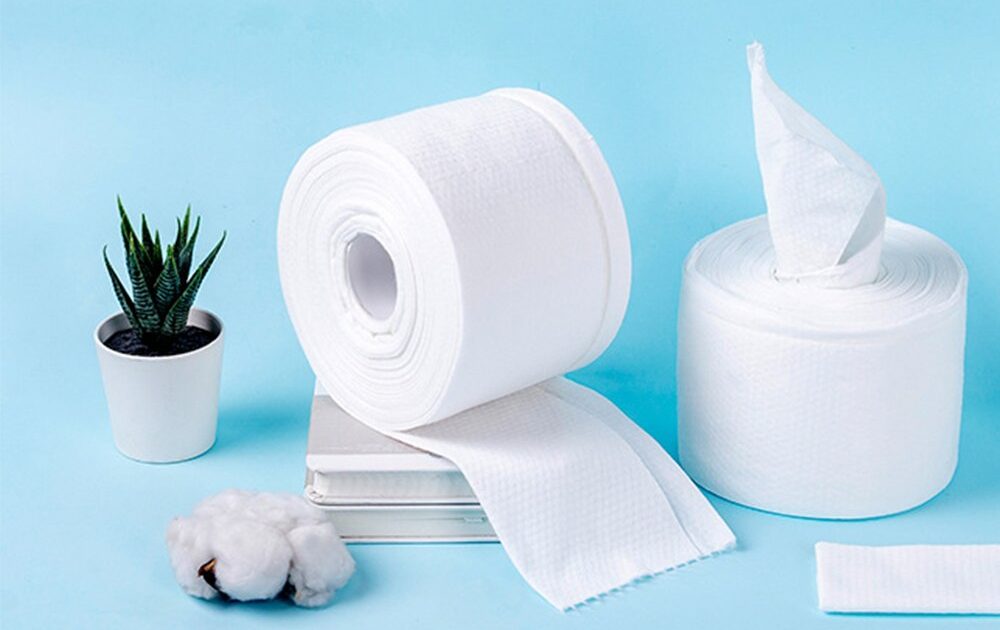 On Tmall Double 11 in 2020, the growth rate of disposable face towels increased at least 9 times the total sale in 2019. According to data from Taobao Special Edition, so far, orders for cotton soft towels have increased by 449.7% year-on-year.

What is a Disposable Facial towel?

Disposable Facial towel is a more acceptable term for soft cotton tissues now in online platforms like Tmall and Taobao. “Disposable, pure cotton, and sterile” are the selling points that have been kept promoted. The cotton-soft tissues, which were first introduced to protect the delicate skin of babies, were used by adults in face-washing scenes because of their skin-friendly feel and water-absorbing ability. This towel substitution revolution was driven by various celebrities, and the factories and new brands immediately emerged significantly and turned it into a  multi-billion market.

Before the growth of the disposable facial towels, facial cleanser, facial cleansing devices, and washing brush already spent years at the markets and continue to occupy the part of the washing face and towels market. The traditional face washing towels have become criticized since it is difficult to clean and easy to breed bacterias.

After the epidemic of COVID-19, disposable hygiene products have become one of the most popular products of e-commerce platforms such as Tmall, JD.com, and Amazon.

The facial towel market that has been nurtured for several years has just met the exploding point and turned into a super huge market. This kind of consumption boom has penetrated almost every level of consumption in China. Whether it is a sinking market that focuses on cost-effectiveness, or urban people who are pursuing quality upgrades, they are equally sought after.

The Price of the Disposable Facial towels

Although the disposable face towel belongs to the category of cotton soft towels, the materials have begun to divide from the origin. In addition to natural cotton, there are rayon, polyester, and non-woven fabrics. Different materials are associated with different textures and usage scenarios, which also mean different prices.

The price of the face towel on the Taobao can be 7 cents RMB/Yuan per piece, and most of them range between one and two cents per piece, and the more expensive single-piece price is between 0.5 yuan and 1 RMB/Yuan. Once converted into a single package price or a whole box of stocks, the price gap between will be massive.

With the same functions that used to wipe the face,  disposable face towels are several times more expensive than paper towels, and it did not affect sales at all. On the contrary, due to the slightly higher price, they created a larger market scale.

According to data from alibaba, from January to November 2020, the sales of facial towels on the Ali platform exceeded 2.5 billion yuan, and the sales volume exceeded 93 million pieces.

The mainstream face towel size on the market is 20x20cm, and such a small piece of “paper” has been excavated with various patterns and scenes.

For example, adjust the size, increase the variety of patterns, and use functions such as makeup remover, cleansing, and moisturizing. Portable, family wear, etc. have also appeared in the scene.

In fact, the insight into the demand for face towels in the sinking market is simpler and more direct. The platform’s data show that “no odor” and “no dwarfing” are the core demands of consumers, which determines to a large extent.

For the package, according to the consumer reviews:

The volume of the package will be more and thicker for family use. The package is hung on the hook at home, which is less likely to get water, and the pumping must be Put it on a flat surface, it may take up more space. Then for the merchant side, the production of the package is easier, because the overall production and cutting process is simpler than the paper extraction, and the corresponding input cost will be lower

Disposable face towels’ promotion is a good case to show China economic markets are rapidly driven away from traditional offline (local sales) markets, which means the online popular products may not sell good in local stores any more.

At the beginning, Factories followed the previous experiences and aggressively marched into the offline, and spread into all kinds of local sales channels with new concepts of disposable face towels. However, the result was not ideal and even caused huge loss of investment to some brands and factories.

Although cotton soft towels have long become a hot spot in the live broadcast room, and a good thing for sharing on social platforms, when they go offline, there are hardly to see to see cotton soft towels or face towels on the shelves in supermarkets since it is difficult to clearly distinguish whether such categories will be placed next to toilet paper or at the beauty counter.

However, rich content media such as online short videos and live broadcasts can show the advantages of face wash towels and make it easier to attract consumers to place orders. At the same time, online stores can better reach target consumers and find opportunities in niche demand, which is the same as the logic behind all fast-moving consumer goods.

Japan Partial Revision of the List of Additives for Quasi-drugs

Guangzhou city is the first local government in China to announce that the COVID control policy is ending by sending an obvious signal that...
Business

Press conferences for the 150th anniversary of Shiseido Group in China were held concurrently in Shanghai and online on Nov. 15 2022. China has grown...
Business Featured

Guangdong is the largest cosmetics province in China, and the total output value of Guangdong's cosmetics industry ranks first in the country.  Till September of...

This website uses cookies to improve your experience while you navigate through the website. Out of these cookies, the cookies that are categorized as necessary are stored on your browser as they are essential for the working of basic functionalities of the website. We also use third-party cookies that help us analyze and understand how you use this website. These cookies will be stored in your browser only with your consent. You also have the option to opt-out of these cookies. But opting out of some of these cookies may have an effect on your browsing experience.
Necessary Always Enabled
Necessary cookies are absolutely essential for the website to function properly. This category only includes cookies that ensures basic functionalities and security features of the website. These cookies do not store any personal information.
Non-necessary
Any cookies that may not be particularly necessary for the website to function and is used specifically to collect user personal data via analytics, ads, other embedded contents are termed as non-necessary cookies. It is mandatory to procure user consent prior to running these cookies on your website.
SAVE & ACCEPT

It's so lucky to have you with us!

Any inquiry will be replied to within 24 hours.